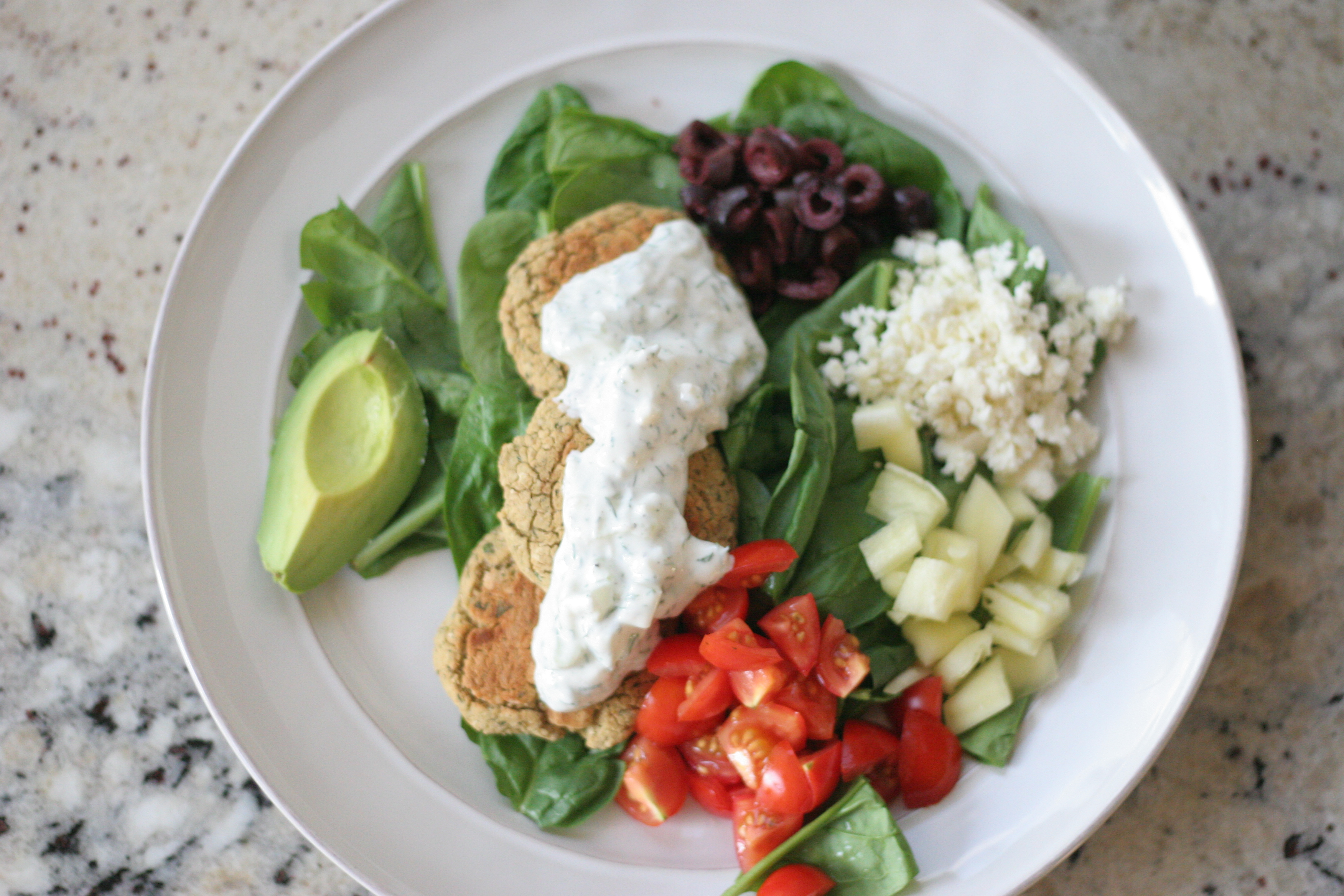 I have been obsessed with making sauces or aioli’s lately to bring an average dish to the next level. In college, one of my girlfriends did a study abroad in Greece for the summer. She came back bragging about this amazing cucumber-dill sauce that she ate constantly over there. When she made the tzatziki sauce for us, I COULD NOT stop eating it. We ripped off pieces of French bread and dipped it into this thick, creamy goodness…over and over and over again.

Although I woke up the next morning breathing fire from the garlic (despite brushing my teeth thoroughly the night before), it was so worth it! Since then, I have made this sauce several times and it is a must-make in the summer, especially with the abundance of cucumbers I have growing in my garden. This sauce pairs beautifully with anything Greek (for obvious reasons), such as a Greek salad, gyros, or just plain old baked chicken breast.

This sauce also makes for a great high-protein, low calorie dip served with vegetables and crackers…perfect for football season right around the corner! The high protein content of the Greek yogurt will help you feel full for longer and keep your grazing in check. This sauce can be made a few minutes before serving but it truly tastes the best if it has had at least an hour or even overnight to let the flavors marinade. The key to avoiding this tzatziki sauce from getting too watery is salting the chopped cucumbers and letting them sit for an hour or two. This extra step pulls water from the cucumbers making the sauce extra creamy instead of watery.

Print this recipe off because you’re going to want to add it to your regular rotation 😉 Enjoy!